July 14, Pravmir. The Holy Synod of the Russian Orthodox Church has approved the rite of the burial of unbaptized infants during their meeting on July 14, 2018.

It was reported by Priest Alexander Volkov, Press Secretary of His Holiness, Patriarch Kirill of Moscow and All Russia.

According to Fr. Alexander, this rite will become mandatory for all parishes of the Russian Orthodox Church.

“As you know, earlier the Church did not have the opportunity to celebrate a burial service for unbaptized infants. Sometimes infants are stillborn or die shortly after due to various circumstances that cannot be overcome by human power. Naturally, grieving parents come to a church and ask priests to officiate at least some rite for their departed children and seek their own consolation,” the RIA news service quotes the priest. 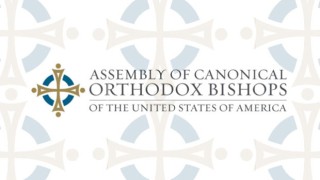 As I mentioned previously, the Assembly of Bishops was to consider our proposal of a miscarriage/stillbirth booklet for clergy when they met in mid-September. As it turns out, time was too short for it to make it to the agenda. This is disappointing, of course, but our subcommittee is considering publishing it independently. When I have any news on this, I will post it.

Surprisingly, the OCA Holy Synod of Bishops approved a service for miscarried or stillborn babies when they met this past week for their fall meeting. I hadn’t been aware that this was on the agenda and I’m not entirely sure of the source of the service (although it is possible that the overlapping members of the Assembly’s Pastoral Practice Committee and the Holy Synod presented the service that we had worked on). In any event, the good news is there IS an approved service! It was just posted today and you can find it here. I am most grateful to the Holy Synod for approving this and making it available. 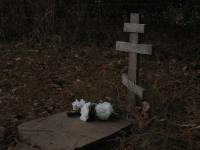 October is Pregnancy and Infant Loss Remembrance month (along with a host of other things). In addition, today is the feast of St. Demetrius the Myrrh-Gusher and the first birthday of our youngest baby, Demetrius. He died at 5 weeks, 5 days and was born a few weeks later on October 26th. Father buried him at the foot of his older brother Gabriel’s grave. May his memory be eternal! In his honor I mailed today a package of small hats to Common Care, an organization which distributes care packages and tiny hats to bereaved parents. 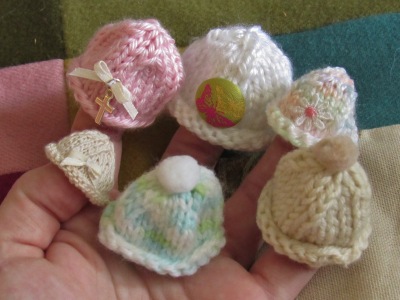 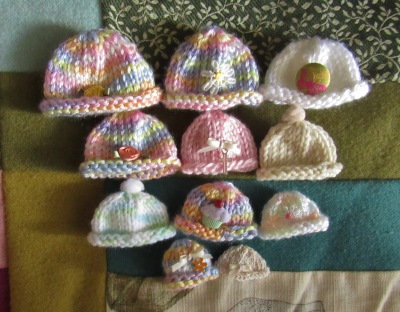 In Russia, Fr. Daniel Goryachev is insisting that mothers and other family members be given a chance to see their stillborn babies and bury them. At the current time they are not shown to the families and are disposed of as medical waste, regardless of gestational age.

“Even if abortions are finally outlawed, the public conscience should be prepared for it. Otherwise such laws will be ineffective. People should have a particular culture of perception of life, which is formed through religion,” related Fr. Daniel his speech during the round table, dedicated to protection of life on early stages of pregnancy, held at the Civic Chamber. “Serving in an Arkhangelsk maternity home, I come across the following situation: When a woman gives birth to a stillborn baby, she is not given her baby and cannot see it. I have proposed to amend the legislation so that bodies of stillborn babies might be given to their mothers at their request, regardless of the stage of pregnancy”.

May Fr. Daniel’s work be blessed!!

It was a very positive and productive conference. The completed work will be a booklet for Orthodox pastors to address the following topics: basic medical information including a glossary of terms, suggestions for pastoral care of grieving families, guidance on burials, etc. The second half of the booklet will consist of prayers appropriate to a variety of circumstances and a service of burial and memorial service. This will be presented to the parent committee in May, and then, if approved, to the Assembly of Bishops in the fall. In the meantime a separate booklet for women and their families will be in progress.

Please keep the committee members in your prayers as they address this important work. 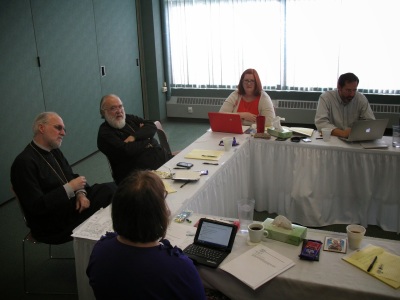 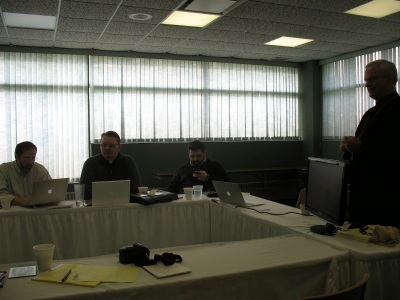 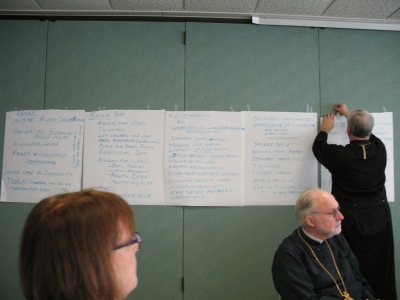 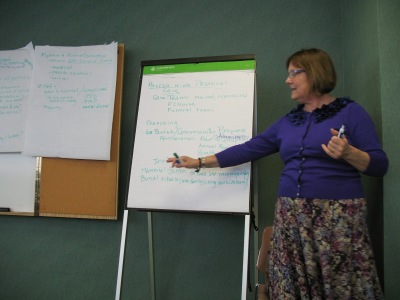 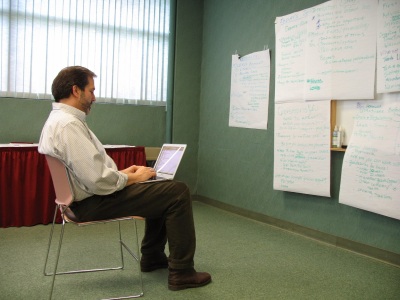 Next week I will fly to Pennsylvania and stay at Antiochian Village for a few days. I was invited to work with some other Orthodox Christians to help draft a memorial service for miscarried and stillborn babies and put together resources for priests and parishes to use to assist grieving families. Other than having put together this site, and having lost four babies, I don’t know exactly what I’m bringing to the table, but I am happy to contribute however I can. This group will be meeting under the auspices of the Committee for Pastoral Practice of the Assembly of Canonical Orthodox Bishops of the US. Please pray that we will have a productive meeting and that we will all have safe travels. 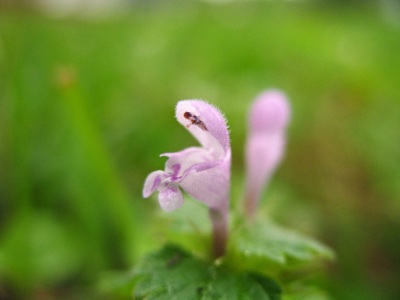 Good news from the Holy Synod!!

[October 18, 2013  Syosset, NY] The Holy Synod of Bishops of the Orthodox Church in America concluded its fall session on Thursday, October 17, 2013. His Beatitude, Metropolitan Tikhon, chaired the session, which opened two days earlier.

According to Archpriest Eric G. Tosi, OCA Secretary, in addition to hearing the reports of the Chancellor, Secretary and Treasurer, the members of the Holy Synod took the following actions and decisions.

The texts and order of two memorial services for pre-born infants—one that may be celebrated shortly after death, the other a funeral service—were approved for liturgical use upon the recommendation of His Eminence, Archbishop Benjamin.

Thank you to Kyra for pointing out the existence of a pregnancy loss resource page on the site of Holy Trinity OCA church in East Meadow, NY. It includes services for memorial and burial of miscarried and stillborn infants. I have added this to the Prayers and Liturgics page.

I’m cross posting this from my other site. This was an amazing comment made by willfulmina this evening on this post (about Fr. Peter Gilquist’s miscarriage paper):

I just wanted to let you know that after reading this post, I had a long discussion on the subject with my husband, who is a seminarian at Jordanville. I was really heartbroken over the wording used in the prayers, and felt strongly that more needed to be done for the grieving families who have suffered such a devastating loss. In situations like this, he tends to defend the church wholeheartedly and sometimes does not understand why I can’t accept that this is the way things are done. We didn’t really come to an understanding, but laid our differences aside and tried to forget about them.

A few days later, one of my husband’s professors e-mailed and requested that everyone come up with questions to ask at a round table discussion at the clergy conference, which was being held in Jordanville. My husband surprised me when he told me that one of his questions had to do with miscarriage. He asked specifically about what the Church teaches, what services priests can serve, how they should minister to the grieving families, etc. When the questions were read aloud, no one volunteered to answer them. It seems the questions stumped all of the ROCOR priests in attendance. One priest remarked, “We have services for everything–except for this.” One told about a family who lost a baby and stopped coming to church because he could not serve a funeral for their baby. One priest remarked that the funeral service, which is all about forgiving the sins of the departed, is irrelevant for an innocent baby. Met. Hilarion spoke about a young woman who recently lost her overdue baby, and how they served a service written by her grandfather, and said that he would speak to the Synod of Bishops about adopting that as the official service. My husband’s professor later told him that many priests were grateful that question was asked, because they had struggled with it themselves over the years. I just wanted to thank you for sparking all of that and let you know what this post led to.

I mean, wow. Change is happening. Glory to God.

Review of paper can be found here.

Has anyone heard of this article, pamphlet or book? I currently have feelers out at St. Tikhon’s to see if someone can find it in their library. It would be fantastic if I could get a hold of it.

If you have any suggestions, please leave them in a comment. Thank you!!